Due to the changing nature of an English Summer, it feels like an age since I began reading ‘The Last’ by Hanna Jameson, as at the time the weather was reliably warm and I began my read in the comfort of my garden and under the gaze of the mid-afternoon sun. In reality, it’s taken me around 6 weeks to read all 390 pages from cover to cover, but that is not to say that this is the fault of the book.

Drawn in by the cover initially, but secondly and more importantly by the mysterious tale it promised to unfold, I was really excited to open up the cover and begin.

The Last, by Hanna Jameson 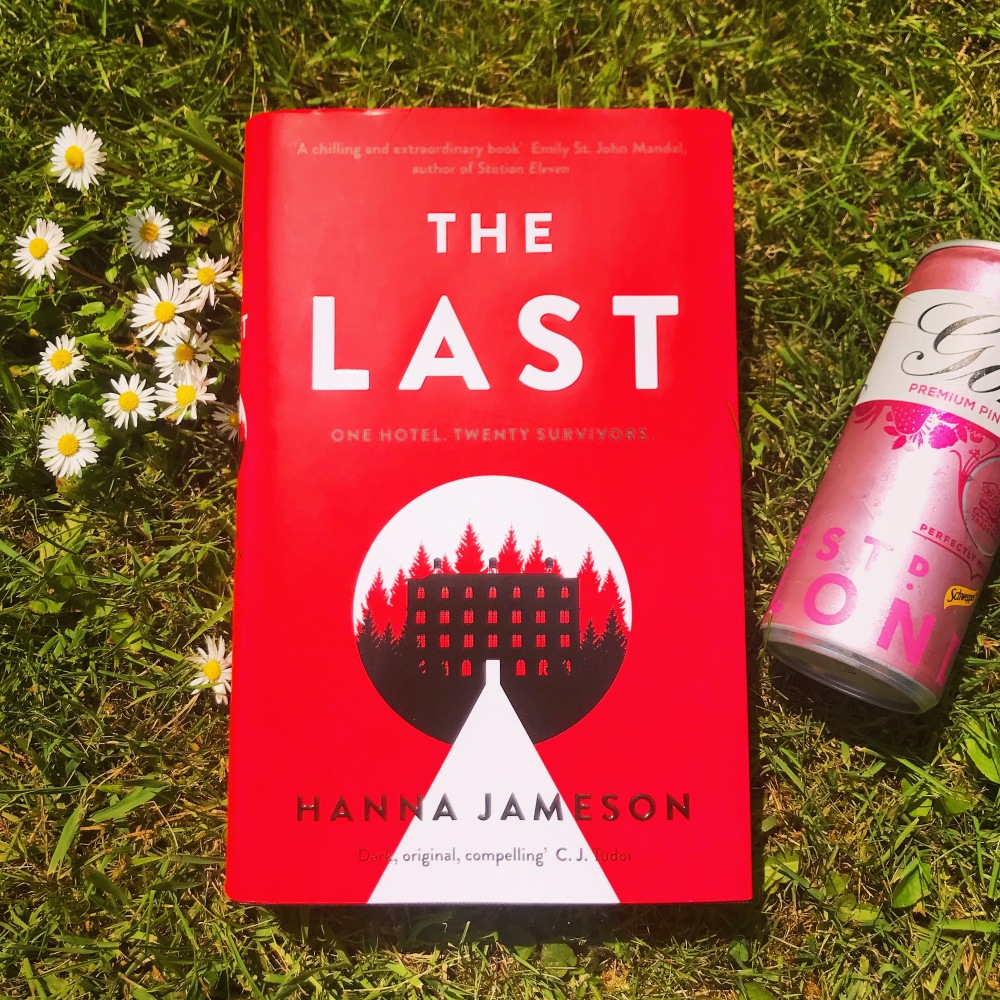 Until now I had admittedly not heard of the author (at the time of purchasing, this book hadn’t hit the front windows of our favourite bookshops!), however having being described by Paul Rees of Q Magazine as writing like ‘an angel on speed‘, I was interested to see why. The story is written in the first person of a male protagonist, Jon Keller, a married Historian and father who is staying at a Hotel for a conference in Switzerland, as we learn in the first few pages of Chapter 1. That’s when the world ends.

Travelling alone and separated from his wife, the story follows Jon and the other Hotel Guests, who remain there for their safety. Along the way is mystery, death.. suspense. How will they survive without food, without uncontaminated water.. with each other? Who can they trust? Till When?

The story is written diary style, which I personally really enjoy. It’s easy to keep track of the timescale, to understand the tale without over-description of other character’s movements and also to get a feel for the main character.

I personally found Jon frustrating at times. In some ways I could relate with him, I too would want to be a part of the group who was taking charge, leading the group towards food and safety; but at the same time, I cannot understand some of Jon’s immoral decisions that happen so quickly into the story.

Jon as a character did not come across as your standard Historian, for a Historian I would have expected him to have known more about the Hotel and it’s past than he immediately appeared to have done, for the Hotel is known for it’s colourful past guests and things that have happened. I perhaps also maybe expect stereotypically that Historians would be more timid, observant and shy. Jon is not this character; he is rather bold, courageous and he often questions the motives of others. He is written more as a journalist in my opinion, due to his inquisitive nature and compulsive need to find out the truth.

I found the other characters within the story to be quite interesting, although maybe dare I say..predictable? My favourite characters included a Guitar playing Brit who can play Wonderwall (I mean come on how stereotypical), a beefy headstrong security style Hotel Manager, a smart Japanese Mum of two and a kick-ass American Woman.

I believe that the story is written very well. For diary style, its pace is excellent; there’s always a twist, a turn a new situation or event to think about, difficult when the story is set in one place and nothing on the outside really changes.

I’d describe the story as a modern day Agatha Christie, blended with a hint of the ‘The Walking Dead’, with a gigantic lens that magnifies the danger that quietly ticks away in the background of our modern day lives. It’s all plausible.

The characters are interesting and the underlining narrative is always there. There are major things going on within the walls of the hotel; who is among them? But at the same time, such bigger questions at play. What is the state of the world? Why are they there? Why are they safe when the rest of the world (including their loved ones), appear not to be? Will normal life ever actually resume? Has the world really ended, if their days have not?

The only negatives from me would be that I felt that some events I could have written for you a few pages before they happened;  a supermarket scene for example is very much from the screen of ‘The Walking Dead’. I mean I know there’s not a whole bunch of stuff you can do in those types of scenarios, but for anyone that’s seen these kinds of shows it’s pretty obvious what will happen. I also wasn’t sure on whether or not I liked the ending. Without giving anything away, is that actually possible?

The story has themes of survival, friendship, death, family, but also manages to combine faith, fate and murder. It also makes you question… what would you do to survive if the world ended tonight?

I thoroughly enjoyed this book and honestly have read it on lunch breaks and snatched hours in between work, my social life and the gym. I found it really easy to pick back up due to the diary style of story telling and I thought the character was interesting and I wanted to know what happened next on each page. None of it felt laboured nor rushed and I didn’t wish any pages away, as I have done with other thrillers (where you think ‘just get to the point!’).

I felt especially that the author did really well writing a first person novel from a perspective of the opposite gender, I can imagine that that must take some deep thought and sincere character development to get right.

I wouldn’t really say I was at the edge of my chair reading the book, or racing through the pages like I have been with other thriller stories, but I thought the story was (scarily) realistic enough to be thought provoking. I was also genuinely kept engaged in the story and I cared about what happened to the characters. Annoyingly though, I don’t think I actually know what did.

I would recommend to anyone who enjoys a good mystery, thriller and story of survival.

Will you be, or have you read The Last? Please share your thoughts below!

I’m now going to turn to Lucy Diamond’s ‘Something to Tell You’ as a genre switch, which I’m really looking forward to getting stuck into. So time for me to log off, sink into the bed sheets and get curled up with my next read.

Until the next Chapter,